Book your accomodation on line

The pottery industry began under the Roman occupation. For centuries, coarse pottery was made of earth, then pipes. The clays, called white clay extracted at Forges, were very appreciated by the great earthenware factories of the XVIIIth century: Douai and Boulogne were supplied at Forges.

In 1797, Georges Wood, of English origin, moved to Forges with his family and founded the first pottery factory. He came from Douai and had learned his trade as a ceramist with Charles and Jacques Leight who had introduced in France the manufacturing processes of the countries of Staffordshire and Northumberland. Wood had also been director of manufacturing workshops in Chantilly and Montereau. 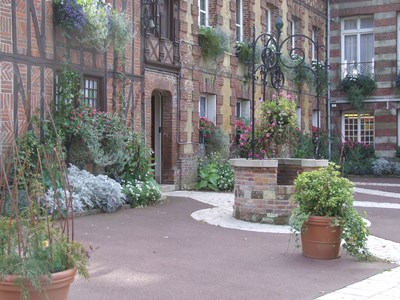 On February 17, 1811, Georges Wood died at the age of 55, leaving a widow and seven children, many of them very young. On May 12, 1812, Mrs. Wood handed over the management of the factory to one of his employees, Nicolas Marin Ledoux, by an act passed before Maitre Beaufils, a notary in Forges. Six weeks later, she married him. The Factory now bears the name of Ledoux-Wood. Its success sparked vocations and several other manufactures were created.

In the years 1830-1840, the earthenware reached its apogee. There were up to 5 earthenware factories, which hired up to 200 people. The activity of pottery ceased at the end of the XIXth century. Mr Rohaut will be the last faience of Forges.

Forges has had a long period of production and a wide variety of creations in several different workshops. That is why, today, we find such diversity in the collections of faience of forges. 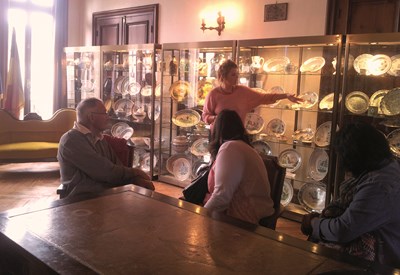 The faience of Forges can be classified into two categories: fine earthenware and thick earthenware. Both were essentially utilitarian but intended for two different clienteles because of their cost.

The fine earthenware is made of white clay, of a creamy white, called pipe earth: this clay was used for the manufacture of pipes. This earthenware is made with a soil (white clay) which becomes white by baking. It is then coated with a transparent enamel (kind of varnish) made from lead.

In addition to the production of flatware earthenware, there is an important production of shaped pieces. This dish is not only made to appear in the dressers but also to be used.

The pieces are generally made with the mold and the decorations with the brush and the sponge. The edges are often surrounded by a black line of manganese. The sponge is used as decoration on marl or to imitate the foliage of trees. This sponge decoration is one of the specialties of Forges. Ledoux is inspired at the beginning of the images of Epinal and Besançon then it represents periods of history, soldiers, hunters, cocks.

The thick earthenware called "Les Culs noirs": these clay faiences are of a grayish white, usually cracked, they are 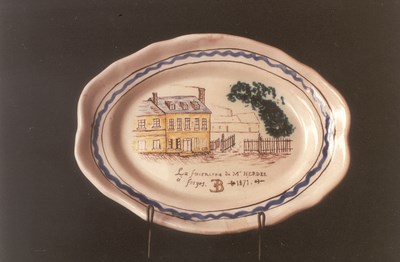 called "black ass" because the underside of the pieces is covered with a dark brown enamel, which was obtained in Using manganese oxide, used for its robustness and the low cost.

It is thick, somewhat coarse earthenware, intended for daily use by a modest clientele. The decoration is often limited to naive subjects: houses, fish, and churches.

Les Culs bruns: in the last third of the 19th century, the rules of manufacture were modified, so the sponge decorations of the marbles were shrinked, the colors lost their brilliance and the quality of the enamel used for the underwear Dishes no longer a beautiful dark purple brown.

The production of faience was extinguished at the end of the last century, however, the workshop Terre de Bray in Gaillefontaine, perpetuates the tradition by rereading delightful pieces.

Museum of the Resistance and the Deportation

Departmental association of the memory of the resistance, the deportation and history of the 2nd world war: Open since June 2000 and located in the center of the city of Forges-les-Eaux (Seine-Maritime), rue du Maréchal Leclerc, a museum on 2 levels, offers visitors a retrospective of the dark years of the Second World War through authentic documents, uniforms and objects. 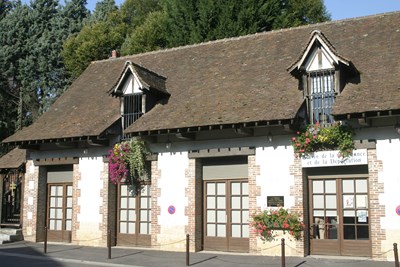 The topics covered are:

-France, and its empire in the war, the allies, the military operations (landing of Dieppe, the battle of the Meuse, Saint-Valery-en-Caux, the raid on Bruneval, Narvik, the epic of Leclerc, etc.).

-Deportation (re-enactment of scenes, presentations of documents, photographs, deportees' outfits, objects made in the camps and a human tattoo with a deportee's registration number).

-The Resistance: from the call of 18 June to the liberation, through the maquis and networks of resistance to the enemy, the recovery of allied airmen.

All these themes are accompanied by explanatory panels (French-English), widely illustrated and comprehensible by all, decorated with mannequins (about forty) and various objects and weapons of the periods evoked.

Visits can be made freely or be commented on by our guide. Group visits are always supervised and commented.

We make available to the public and schoolchildren a library which can be consulted on site, and is used for various purposes (dissertations, theses, competitions of the Resistance).

A convivial and educational museum by its design where the visitor is in contact with the object, it is open to all publics.

The Musée des Maquettes hippomobiles is located in the City Hall park, in the former stables of the Maison Levaillant (house which received Louis XIII, Anne of Austria and Cardinal Richelieu during their stay in 1633), thanks to the passion of a man: Monsieur Guillot.

Monsieur and Madame Guillot, former ironmongers from the Paris region, came to retire at Forges-les-Eaux in 1979.

To take care of, Mr. Guillot made a first model. He decided to donate it to the Club of the Golden Age of the Town of Forges-les-Eaux and to create others. Thus was born the museum!

These models were first displayed in an old RATP bus installed in the park of the City Hall, then for convenience, the Municipality put at their disposal the old stables of the Maison Levaillant.

In 1994, the museum benefited from the relocation of the Museum of the Resistance and the Deportation and was able to expand.

This unusual and exciting museum presents all the activities of the beginning of the century that we found in our countryside and villages.

These are scenes of yesteryear that are open to visitors: agricultural trades, craftsmen of the time, emergency trades, agricultural machinery, horse-drawn carriages of transport of the beginning of the century, 'in the old days.

The whole of the work is superbly enhanced by a magical setting featuring Norman landscapes. We owe this achievement to a local artist Mr. Alemani.

The Museum of Models also contains a collection of historical dolls representing the coming of Louis XIII in 1633. The ensemble was realized by the ladies of the club of the Golden Age in 1978.

This realistic and emotional ensemble makes us delightfully delve into the past!

Open from May to September on Friday and Saturday from 2 p.m. to 5 p.m.